We Would Like to Introduce You To the TDT Racing Team

I am proud to sponsor several dirt track stock cars as well as two quarter midget pavement karts. I sponsor drivers because we enjoy giving back to the sport that started my passion in the automobile industry and keeps my passion buzzing.

Recently I agreed to sponsor a local dirt track in Granite City, Illinois called Tri-City Speedway. In conjunction with the sponsorship we were honored to host TDT Night at the Races for Fan Appreciation Night where our drivers were all featured throughout the entire night including carrying our Nation’s Colors during the National Anthem, we hosted a huge autograph session, gave away over 50 TDT Racing Team T-Shirts and were the official pace truck for all the feature races.

2020-09-30
Previous Post: WE ARE BACK OPEN
Next Post: Top 5 Reasons You Need to Hire an Independent Classic Car Inspector 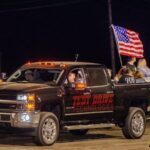 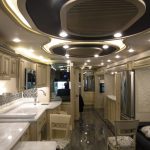 Buying a RV, Motorhome or Camper – The Ultimate Guide by TDT