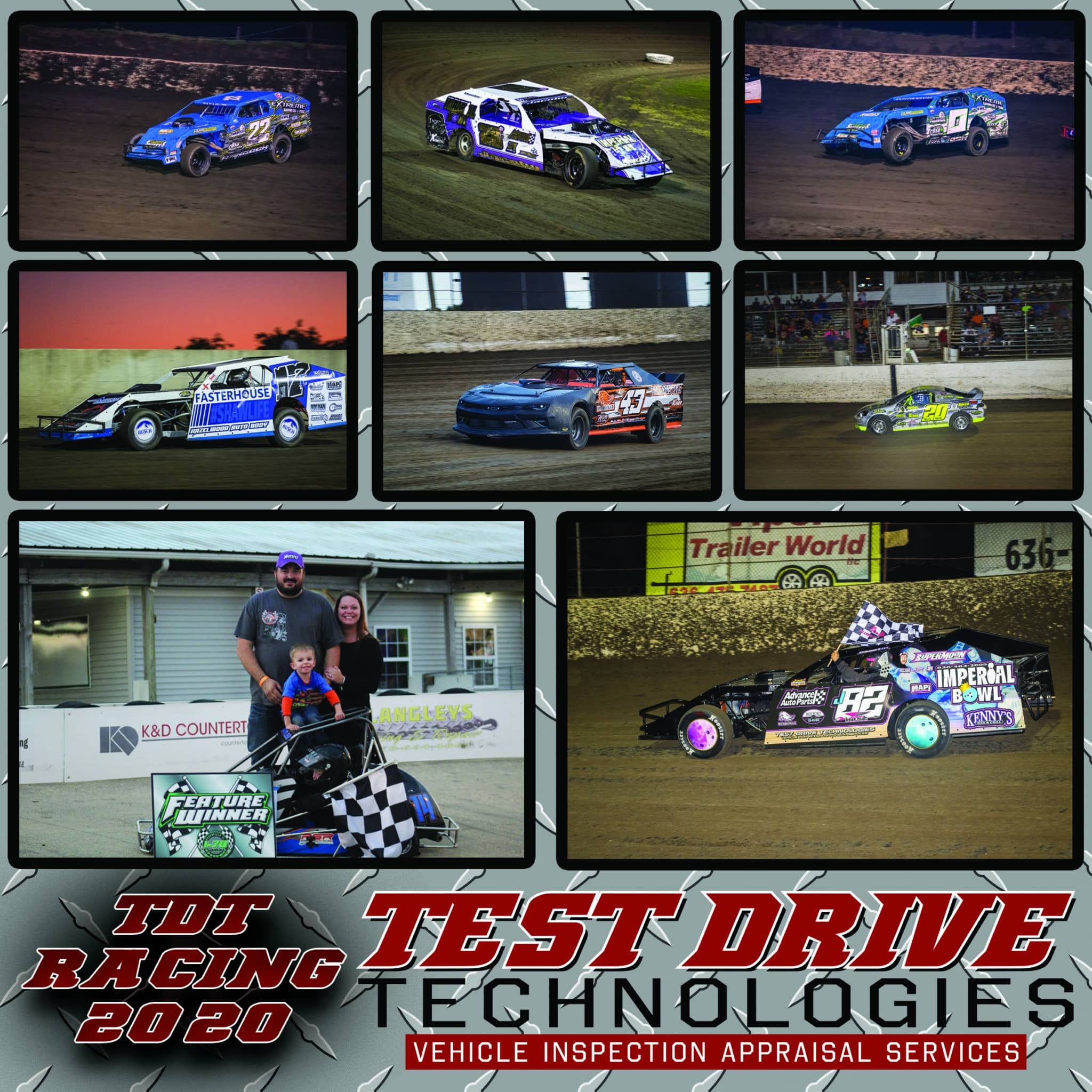 The 2020 St Louis Racing season is going to be awesome. Test Drive Technologies as agreed to sponsor a total of 9 race cars in the St Louis area.

It is no secrete at all that Steven Paul, the owner of Test Drive Technologies Vehicle Inspection Appraisal Services, is a big dirt track racing fan. This is where his love for cars and mechanics really started. Winning Junior Fan Club at I-55 Speedway in Pevely, Missouri got him hooked on dirt. Steven grew up at the stock car races. His mom Gail, would take him to watch dirt stock car racing at Belle-Clair Speedway in Belleville, Illinois and what is now known as Federated Auto Parts I-55 Speedway in Pevely Missouri. Some of Steven’s favorite drivers back then were and still are, the 16 of Mike Hammerlee, 50 of Eddie Dixon, 28 of Donny Klien, 89 of Bobby Bittle and he loved to watch Hot Rod Herman. Steven longed to own and drive a dirt car since he was a young kid but never had the time, money or garage space to make it happen. He loves watch and support the sport and these days with social media it makes it even easier. Steven found the perfect solution to running Test Drive Technologies Vehicle Inspection Appraisal Services and supporting the St Louis Region Dirt Track Racing and the drivers involved and that is through car and driver sponsorships.

Late last year TDT and Treb Jacoby J82 Racing struck a deal to sponsor the J82 Beak Built B Mod and since then has expanded into several other cars. Steven Paul, the owner of TDT says, “We went from just paying for a couple of tires for Treb and Bert to sponsoring 1 Quarter Midget, 4 B Mods, 2 Sportsmans, 1 Sport Compact and a Big Block Modified in just a matter of a couple of months.” He continues, “The best part is all these boys are friends both on the track and off the track and really put on a show, they always give it their best for the fans, and that is what makes dirt track racing what it is!” This year TDT will be sponsoring a total of 9 cars for the 2020 season and next year will be looking for #10 in a late model car.

Test Drive Technologies Vehicle Inspection Appraisal Services is proud to announce the TDT 2020 St Louis Region Dirt Track Stock Car Sponsorships of the following drivers and cars. Our team of cars can be seen running at tracks such as I-55 Speedway in Pevely, Mo, Tri City Speedway in Granite, City, Il, Bell-Clair Speedway in Belleville, Il, Macon Speedway in Macon, Il and a few other tracks here and there for fun. Stop by and pick a favorite and support the sport and have some family fun!